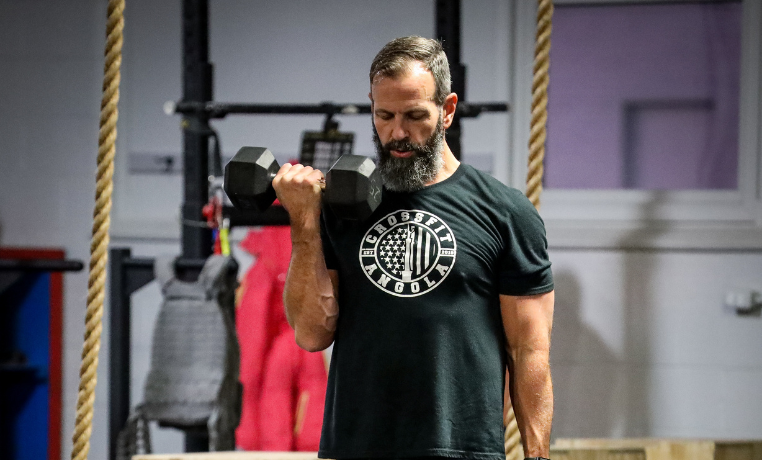 From the time I was 14 years old up to the time I started CrossFit at 26, the Bench Press was considered the holy grail of strength movements. You were only as strong as your bench press. That spanned from the High School football team in Orland Park, Illinois to the college football team in Aurora, Illinois, all the way to Angola, Indiana. Everywhere I went, the bench press was king.

Then I started CrossFit.

You see the Bench Press in CrossFit workouts MAYBE once a month, more often it’s even less than that. So if benching is so good for you (based on my history of lifting weights), why don’t we do it in classes very often? And is there a time and place for it in a fitness methodology focused on building a broad, general base of fitness?

First, let’s go back to when bench pressing became more commonplace. It started back in the 1970’s, when powerlifters  and competitive weightlifters had difficulty mastering more complex movements like the Snatch and the Clean and Jerk (which are considered Olympic Lifting Movements, due to them being an olympic sport). People figured out that they could utilize their strength much more doing lifts like bench pressing, squatting, and deadlifting. The Overhead Press (or “Strict Press”) was eliminated from Olympic competition in the 1970’s because it was supposedly a high-risk exercise for the lower back, and people started bench pressing in favor of overhead pressing.

*For the record, it was never proven that pressing overhead is bad for your back. Like any other movement, if done correctly with appropriate loading, it’s perfectly safe.

As it turned out, this transition to bench pressing brought about a rash of rotator-cuff injuries in the 1970’s. Before this time, those kinds of injuries were unheard of because people that were doing overhead pressing and olympic weightlifting did a great job of strengthening the shoulder girdle and the surrounding muscles, tendons, and ligaments.

This is why we place a bigger emphasis on pressing weight overhead. It builds an incredible amount of upper body strength and, if done with proper mechanics, poses very little risk for injury. It lends itself better to life outside the gym as well. Think of how many times you’ve picked something up over your head vs. how many times you were laying on your back and pressed something off of your chest.

Doing strict press, push press, and push jerks will be more beneficial than doing bench press exclusively. There’s nothing wrong with benching, as long as it’s done safely (and preferably with a spotter). Just make sure you’re getting those shoulders strong too.

Do less, but better »